The artist formally known as Rotraut is internationally feted. Her spectacular sculptures and paintings are featured in major galleries, institutions and outdoor settings world-wide.

A German artist, Rotraut went to live in Nice in 1957. She worked with and became the wife of the legendary French artist Yves Klein(1928-1962) who died at only 34 years of age. He was pioneer in the development of Performance art and is seen as an inspiration and forerunner of Minimal and Pop art.

For the past decade Rotraut has concentrated primarily on sculpture – large, colourful, plastic pieces brimming with optimism.

Her work is featured beside the works of Yves Klein, in the renowned Museum of Modern and Contemporary Art in Nice.

Rotraut is married to the artist Daniel Moquay and lives in Arizona. 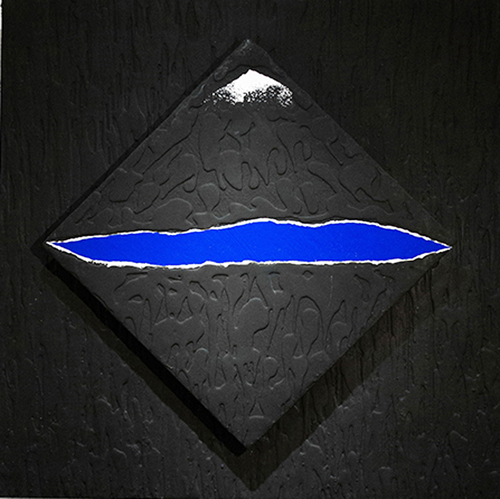 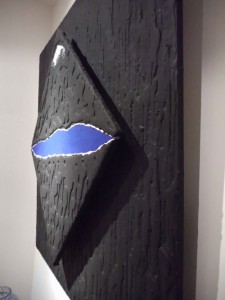 Note: This work is exceptional and unique in colours. The grey/black features a ‘reflecting mineral fleck.’ The lake is in the International Yves Klein Blue (IKB). Klein taught Rotraut to mix his blue for his artworks. A similar sculpture of Rotraut, is displayed in the Museum of Contemporary Art in Nice, France, alongside the work of the legendary Yves Klein. This work is a superior museum quality piece.

Signed by the artist on back

Sculpture in Resin and Framed as 3D

Klein taught Rotraut to mix his famous blue for his artworks. 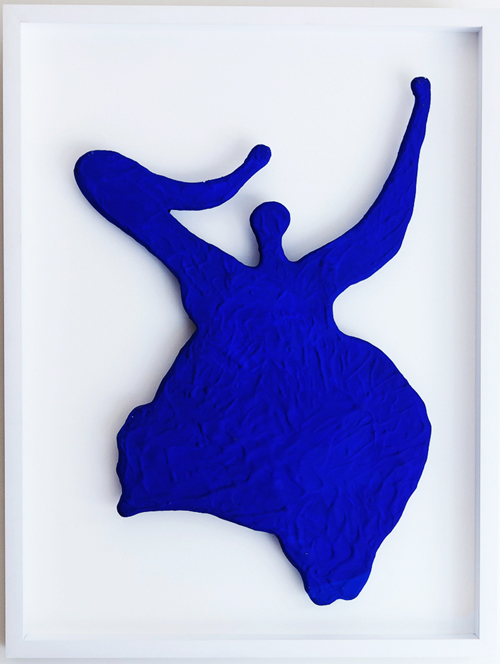 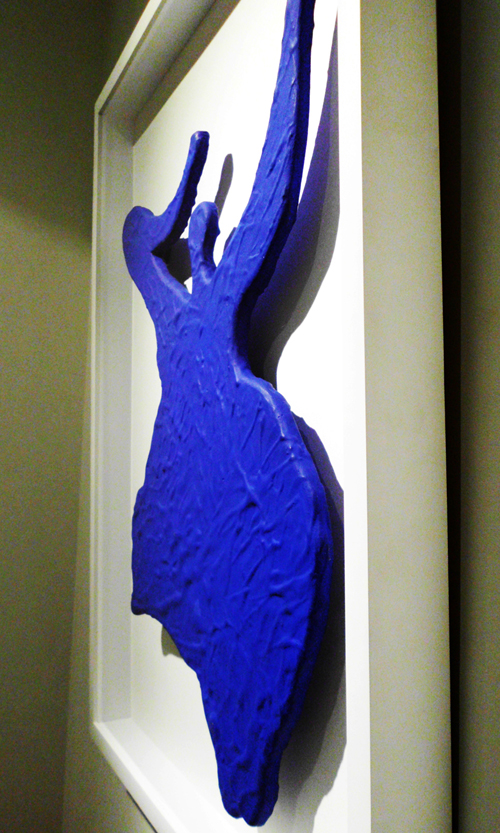